“The more we open, the more our hearts move forward.” ~ Mary Love
“Something was different, something was new. The same love that had opened my heart, was asking me to open my mouth and start the dialogue.” ~ Mari Perron 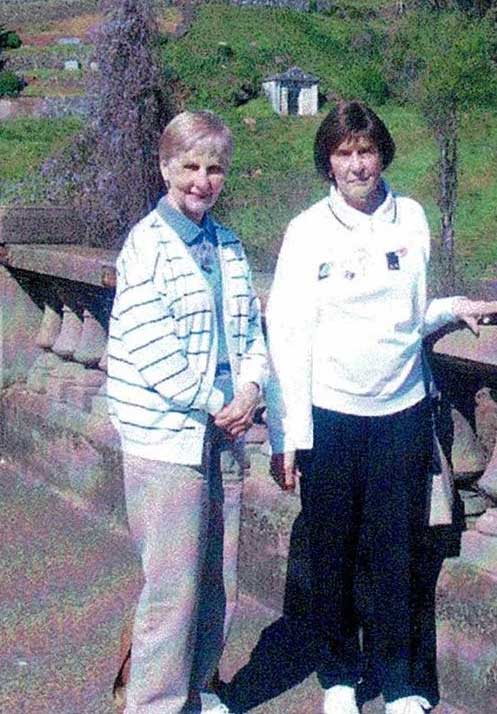 Journeying into the world is something we all do, need to do. This story, has been with us since the beginning of time.  It is those that we meet along the way, that may assist in facilitating the courage to share who we truly are. Life has the opportunity to give back to each of us when this occurs . It is this meeting and opening of hearts that produces a treasure–if we are lucky enough to recognize it and hold it dear.

Mari Perron and Mary Love are the second generation of friends in an ongoing relationship. Both mothers of these women worked together for over twenty years. Mari and Mary had heard stories about one another but had never met. It was not until Mary’s mother Sara, insisted on a brunch with Madeline and her daughters, that Mari met Mary. After the brunch dishes were cleared, Mary brought out an old journal that she and her husband John had found at an auction. This journal told the story of a young woman leaving the farm, heading for a job in Minnesota. The first entry was on the train in the early 1900’s. Mari was touched by this story and the conversation flowed. That day, unknowingly, both Mari and Mary had begun to fuse a lifelong creative partnership, that 25 years later is going as strong as when we shared the story of Claire and her journey out into the world.

We never would have met if it hadn’t been for our mothers. . .what was really at work here?

Mari and Mary began to exchange creative writing before A Course of Love was even in Mari’s consciousness. As they worked together alongside Julieanne Carver, Mary and Julie simultaneously got pregnant, due within days of each other. The three women’s hearts were beginning to open.

Later, their ordinary lives began to intertwine with their spiritual lives due to the death of Mary’s infant daughter, Grace. At this time, Mary was writing in secret about her life, emotions, and the powerful dreams and experiences that she was having.

It wasn’t until after Mari was writing the story of their shared experience, that Mary revealed the secret writing she had done. Mary had written in secret for two years. Their combined writings became The Grace Trilogy.

When in 1998, Mari began to receive ACOL, a dream of Mary’s was her final clue as to what her calling was. Ever since then they have been with each other weekly, talking, creating, and finding new ways of expression. Creation and dialogue have been the foundation of this relationship for nearly three decades. Now we’re Side X Side in sharing what we’ve discovered.

(The publisher of A Course of Love is Take Heart Publishing not New Heart as mentioned at the end of the video below.)

To know and be known

The more we open, the more our hearts move us forward. What propels this movement, this giving and receiving as one?

What came off the pages of a young woman’s journal from the early 1900’s that touched both Mari and Mary?  The element of discovery, moving into unknown places that began to point to who this woman yearned to be–not alone but one to another. These “chance” meetings can be doorways to new entry points on the horizon that each of us must go through to grow and flourish.

This is what happened when Mari and Mary met. Both women had creative streaks that kept arising, even within traditional jobs—and they were not afraid to share who they were—be it through dialogue, writing, or later video. Both women wanted to explore what went beyond everyday living. Both women supported one another, no matter what the circumstances were that arose.

This friendship has spanned 25 years and continues to grow. Each year brings new avenues of exploration, vulnerabilities and great joy. It is here that they wish to share, Side X Side demonstrating what it means to grow in union and relationship, and how this fuels creativity, which in turn, fuels love.