The Butterfly Metaphor and The Realm of the Heart 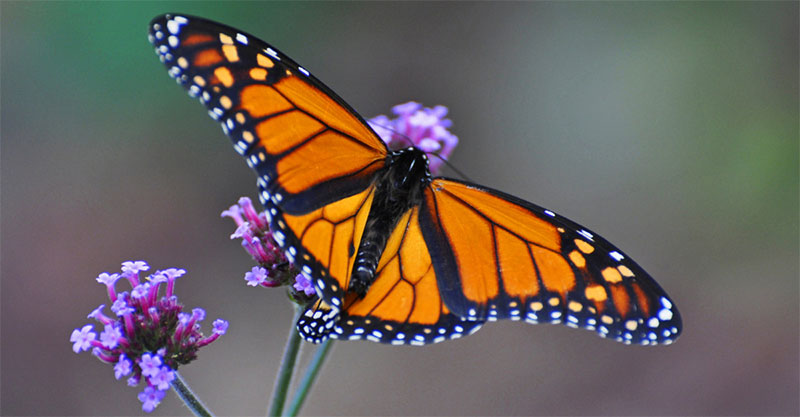 Many of us have drawn on the metaphor of the caterpillar and the butterfly as an example of the way in which Jesus, in A Course of Love, speaks of our transformation “into what we always were.” What I’ve never shared, and I don’t know if anyone else has either, is the link between the passages in Day 24 of The Dialogues, to those in The Prelude.

(I love everything in ACOL that reveals the genius and wisdom of its structure! This is one such example.)

To tell someone, even a young child, that a caterpillar becomes a butterfly is seemingly unbelievable. This does not make it any less true. The butterfly, although some perceive it as being lovelier to behold, is still the same being as the caterpillar. The caterpillar did not cease to exist; it simply transformed into what it always was. Thus it would seem as if the butterfly is both butterfly and caterpillar, two separate things becoming one. You are well aware of the fact that if you could not see the transformation take place “with your own two eyes,” you would not believe that the two seemingly disparate creatures were the same. Someone telling you this story of trans­formation without being able to show you proof that you could see would be accused of making up a fairytale for your amusement.

How many of you see the story of your own self in this same frame of mind? It is a nice fairytale, an acceptable myth . . . P.40-41

You are the virgin, the pregnant, the birth, and the new life. This is the way of the world as well as the way of creation. What is unaltered remains unaltered despite its many manifestations. Wholeness exists in every cell, in each of every smallest particle of existence. Wholeness exists in you. Nothing can take wholeness from you. It is as natural to you as it is to all of creation. It does not exist only once potential is realized or made manifest, but always in all things. 24.2

Potential is that which exists. It exists as the power and energy, the spirit within you. It does not await. It simply is. It can remain as the untapped power of transformation, or it can be released. The choice is and is not yours. This power is a force of nature that exists, not separately from you, but not separately from nature either. It is triggered in any number of ways, only one of which is by your choice. When it was said that A Course of Love was a trigger, it was meant that the Course is both a trigger of choice and a trigger of nature. It was meant to convey the action of a catalyst. Now it is up to you whether you allow your true nature to be revealed. 24.3

To struggle against your nature is what you have spent a lifetime doing. Stop. If you allow your potential to be released, your true nature in all its wholeness will be revealed.

Returning to The Prelude, it ends in this way:

You were your Self before you began your learning, and the ego cannot take your Self from you but only can obscure it. Thus the teachings you need now are to help you separate the ego from your Self, to help you learn to hear only one voice.

This time we take a direct approach, an approach that seems at first to leave behind abstract learning and the complex mechanisms of the mind that so betray you. We take a step away from intellect, the pride of the ego, and approach this final learning through the realm of the heart. This is why, to end confusion, we call this course A Course of Love. P.43-44

Although Jesus later calls us to unlearning, if a desire to continue learning remains, it can still be seen with new eyes, and a view of what it means to learn “through the realm of the heart.” Does it not imply a relief from those answers cherished by the ego and the limited view of the intellectual knowing with which we have grown familiar?

What would the heart convey to us if we turned to it for our “final” learning?

The realm of the heart returns our divine memory,[2] and the revelatory and creative knowing that arises in union, part of which is the unification of the masculine and feminine. Listening and speaking from the heart is a feminine quality that exists in each person who is open to the feminine within.

The beauty of the butterfly, arising with our season of Spring, the season of new life, is a perfect metaphor for the lightness that comes with leaving the old form behind, and taking wing with The New.

The unification of the masculine and feminine is also present in the first Treatise of ACOL and in my recently released book, Mirari: The Way of the Marys.[3] Jon and I will draw from both as we share on whatever topics arise during his Sunday with Mundy program.

[1] See Christina Strutt’s “Metamorphosis” here as she weaves that of the butterfly with the words of A Course of Love. She shared this with a group gathered for a presentation of A Course of Love, at Miracles in the Mountains 2 in Boone, North Carolina: http://cocreatingclarity.com/pdf/Meta_post-Boone.pdf